Don’t be fooled by the sunchoke—nothing is what it seems. With more names than the devil, sunchokes/Jerusalem artichokes/sunroots can intimidate those unfamiliar the scraggly root vegetable.

It looks like ginger, cooks like a potato, but tastes like an artichoke. Here’s a one-stop spot for answers on the root vegetable that is as delicious as it is deceptive. 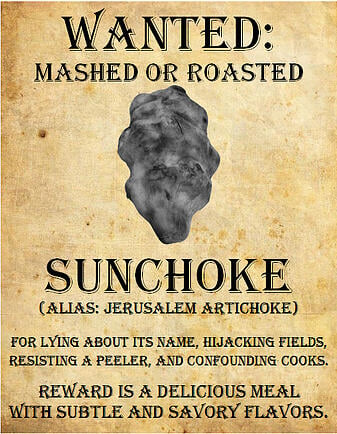 What do you call it?

This shifty root veggie is often referred to as the Jerusalem artichoke, though it is neither native to the Middle East nor related to the artichoke family.

How does it grow?

Watch out! The sunchoke is notoriously resilient and difficult to eradicate from a field once it takes hold. 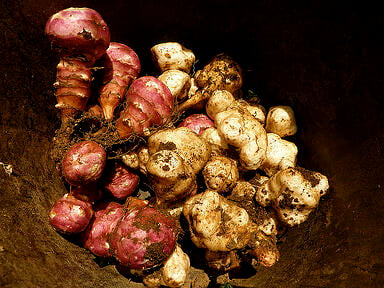 How do you (and your body) store it?

Sneaky by nature, sunchokes are actually best stored underground as they rapidly lose moisture through their thin skin once they are dug up.

How can you cook it?

This extremely versatile root will slowly gain your trust and then - Bam! - you realize you want to add it to everything. 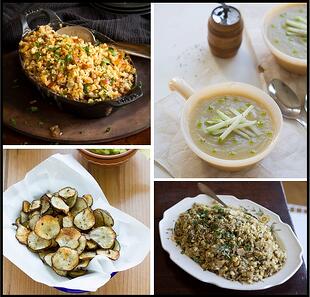 Don’t be fooled by the sunchoke. He may look twisted and grimy, but his taste and cooking utility is unparalleled. If you’re lucky enough to have captured some sunchokes, here are some recipes worth trying: