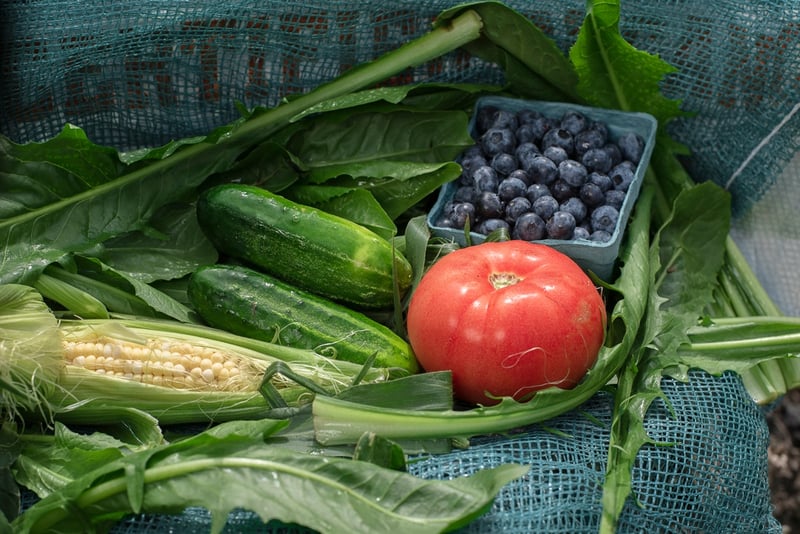 With fresh produce coming from seven local farms this week, it's hard to decide what we're most excited for. We're obviously giddy over the field tomatoes from Blue Ox Farm and the organic sweet corn from Lakeside Organics of Hadley. And Dwight Miller and Son Orchards is sure to wow us again with more spectacular Vermont blueberries.

But when Harlow Farm told us how well their summer harvest is going, we were mightily impressed. The All-Vegetable Boxes feature several items from Harlow Farm this week, and the 2/3-Veggie Boxes each include some of Harlow's organic broccoli and beets.

It shouldn't be too surprising that the Vermont farm is doing so well this season. The 150-acre farm was one of the first certified organic farms in New England and the current owner, Paul Harlow, is the third generation to farm his family's land in southeastern Vermont. The farm also relies almost exculsively on solar energy to power its coolers, greenhouses, washing and packing areas.

The Boston Organics Community has been enjoying Harlow Farm's corn for several years, but this is one of the first times in recent memory that we've had the pleasure of eating their other summer crops.

Get the Locavore Recipe of the Week

We can't think of a better way to enjoy the fresh beets from Harlow Farm than in a Beet and Quinoa Tabouli. While traditional tabouli uses a variety of cracked-wheat known as bulgur, this recipe calls for quinoa, making it both gluten-free and more filling.

You can either boil or roast the beets, according to your preference, but you'll want to be sure to use locally-grown herbs from Happy Valley Organics and organic tomatoes from Blue Ox Farm to get the full, fresh flavor of this dish.