Fair Trade: Improving Lives Around the World with Equal Exchange 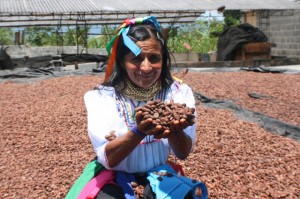 October is Fair Trade month and World Fair Trade day is in May! We’re celebrating by offering a sale on all of our Equal Exchange products! Equal Exchange lives and breathes fair trade through their company cooperative, purchasing strategy, and mission. We’re proud to be a supporter of their great work!

Fresh from the Farm: Spread the Love

This week, we’re dreaming up sappy poems for the water and soil that help our food to grow, and for the farmers who foster the plants and harvest their bounty. For Valentine’s Day, let your sweetie know you care, but also spread the love. And what better way to do that than through food? 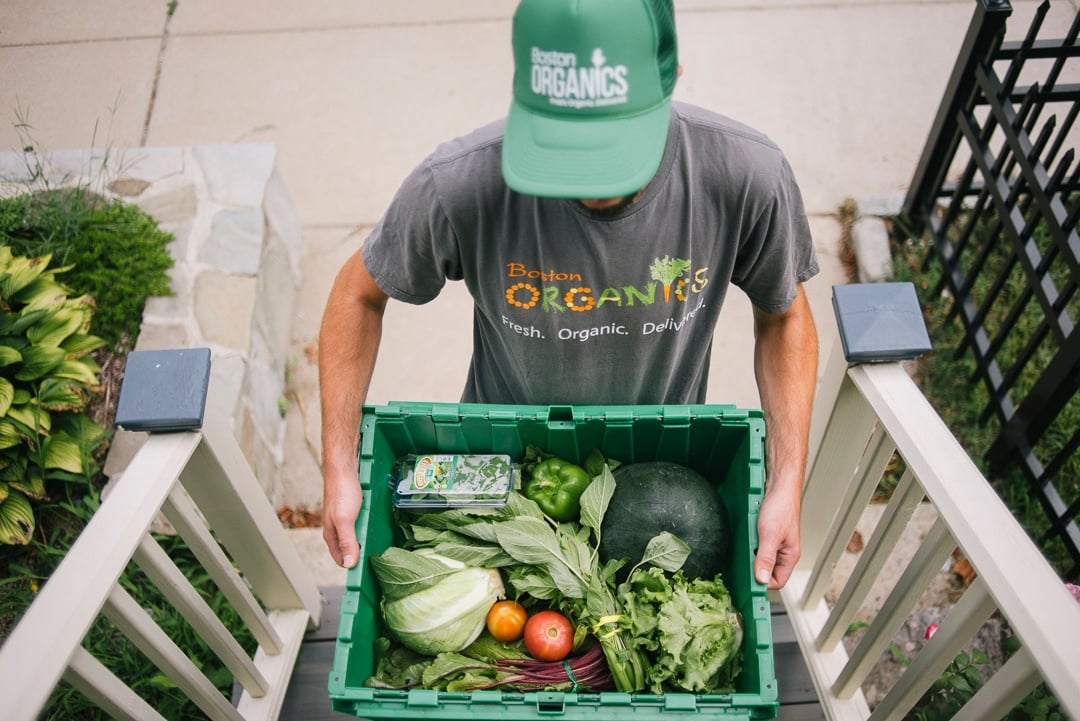 There's a lot of harvesting going on in the fields of our farm partners this week. From poblano peppers at Atlas Farm to local apples from Dwight Miller & Son, we're bringing it all to you. But it's what's happening off the field right now that we're most excited to share.

Our Local Dogma Box includes organic fruits and vegetables sourced as close to Boston as possible throughout the year. Similar to a CSA or farm share, this box is filled with the best organic produce from local and regional farms and brought right to your door each week. 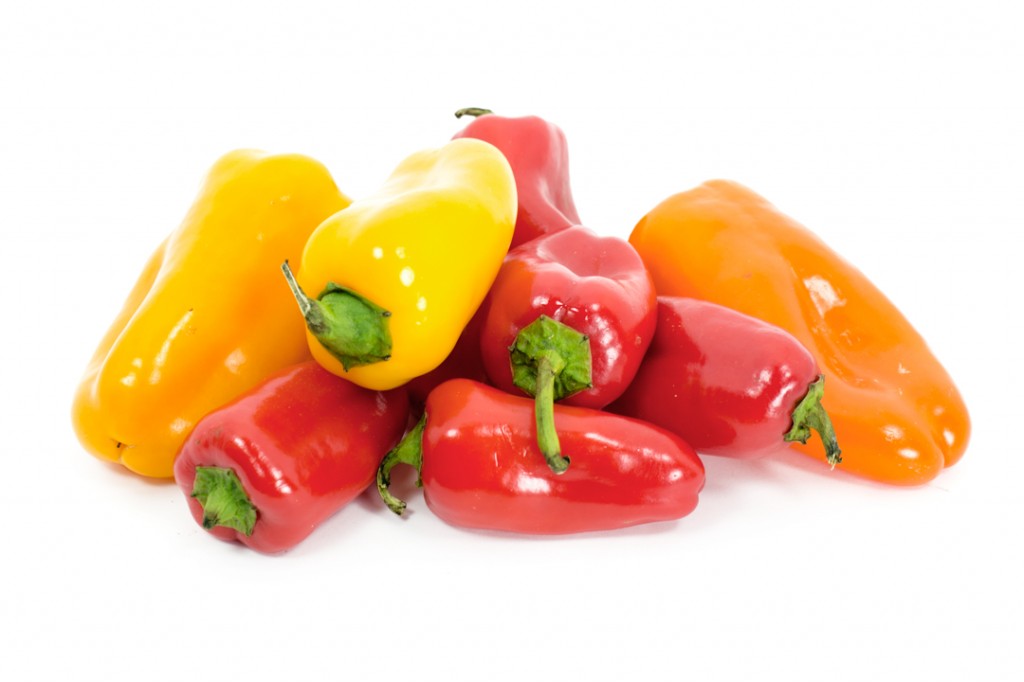 Last night, our organic farm partners in western Massachusetts experienced their first frost of the season!

What Are GMOs and Why It Matters

October is both Non-GMO Month and Fair Trade Month — a reminder for us to pause our busy lives for one moment and to reflect on the current state of our food system. With the school year in full swing and the holiday season quickly approaching, this is a good opportunity to think critically and learn more about the food we eat and where it comes from!

You have a right to know what’s in your food. That’s the fundamental concept behind Non-GMO Month, which Boston Organics is celebrating throughout October.

As a Boston Organics customer, you’re already several steps ahead of most grocery shoppers because everything you get from us is USDA certified organic and therefore made without genetically modified organisms.

But with GMOs present in almost 80% of conventional processed food, shoppers across North America are coordinating their actions this month and calling for better management and regulation of genetically modified organisms.

There is a lot of misinformation out there about GMOs, so let’s take a moment to make sure we’re all on the same page.

Genetically modified organisms (commonly abbreviated as GMOs) are plants or animals created through the process of genetic engineering. This experimental technology involves copying DNA from one species and inserting genetic material into a new organism, commonly using a bacterium or virus.

Though a fair amount of money and time has gone into researching GMOs with potential environmental or consumer benefits, the only GMOs in widespread commercial production are those that benefit commodity growers and large agribusinesses.

More than 75% of commercially grown GMO crops are engineered for herbicide resistance — specifically the herbicide glyphosate, which is patented by Monsanto and sold under the brand name Roundup. Almost all the rest have been modified to create a toxin known as Bt, which is used as a "natural" insecticide.

A combination of lenient regulation and strict patent protection has led to the rapid expansion of GMOs in our food supply without adequate prior testing.

Relatively little research has been done on the long term effects of GMO production and consumption. Almost all of the research that has been done was conducted behind closed doors and was paid for by the corporations that stand to profit from the growth of the GMO industry and its associated chemical pesticides.

On a personal level, the long term effect on reproductive health remains unknown and there’s a chance that untested GMOs could lead to unexpected allergic reactions.

Environmentally, the irresponsible use of GMOs has already led to the creation of herbicide resistant “superweeds” and pesticide resistant “superbugs.” Meanwhile, genetically modified seeds encourage farmers to plant large acreage of monoculture, resulting in the systematic destruction of biodiversity, which ultimately makes our food supply even more vulnerable.

But perhaps the biggest risk that we take by remaining ignorant of this technology is its impact on our society.

Farmers are lured into restrictive contracts that fundamentally change the way they manage their land. Even farmers who deliberately refuse to buy genetically modified seeds must take extra precautions to avoid contamination from neighboring fields.

And the average American consumer, unable to see or taste these GMOs, is ignorantly ingesting GMOs by the forkful. At this time, over 60 countries require labels on food that contains GMOs, but the United States is not one of them. We should have the right to know what’s in our food.

You now know the basics about GMOs, but it’s a complicated technology and our food system is endlessly complex. There is always more to learn.

The Non-GMO Project is a fantastic resource to get the facts on GMOs. As the only independent certifier of non-GMO food in North America, they help consumers make informed choices every day. Their GMO Fact Sheet is an excellent place to start learning more.

The Center for Food Safety is a well respected resource for quality information on food-related topics including GMOs. They recently debunked popular myths about GMOs that are commonly portrayed in the media.

The Cornucopia Institute pursues in depth analyses of various aspects of the food industry, but their findings are easily accessible through short articles and infographics.

The FDA refuses to get involved in regulating GMOs and the US Congress is dragging its feet on a national GMO labeling bill.

Fortunately, individual states have begun working on their own legislation to reign in the widespread use of GMOs. This year alone, 35 new GMO labeling bills have been introduced in 20 states. Voters in Colorado and Oregon will have a vote on a GMO labeling measure this November.

See what's happening with GMO legislation in Massachusetts and get involved.

Supporting companies that have rejected GMOs by choosing non-GMO products is one of the best ways to show your support for a natural, GMO-free world.

Checking for the USDA Organic label is our favorite way to ensure that the food we eat is non-GMO and pesticide free. But when organic is not available, you can also look for the Non-GMO Verified seal.

Both labels are backed by third-party certification systems and they’re both great tools to help you and your family make informed choices. Everything that you can buy from Boston Organics is certified organic, and some of our products also have the Non-GMO Verified seal.

You can learn more about the differences and similarities between the two labels in our previous blog post.

As the last of the summer harvest trickles in, our farmers are preparing for the first big frost. Row covers and hoop houses will help our New England farmers extend the local growing season into late autumn, and we'll continue to source our organic fruits and vegetables from local farms for as long as possible.