Fair Trade is an idea built on a very simple but powerful concept that small farmers around the world deserve an equal playing field; that everyone should have the opportunity to benefit from globalization.

Rather than exploiting workers and the environment in the hopes of driving down costs and increasing profits, Fair Trade producers and purchasers voluntarily adopt a set of business practices based on mutual respect. In general, Fair Trade principles include:

In the 1980s, a group of socially responsible individuals began a concerted effort to challenge the existing model of international trade, which favors large plantations, agribusinsinesses, and multinational corporations.

The term “Fair Trade” was used by a collection of these Alternative Trade Organizations (ATOs), including Massachusetts-based Equal Exchange, to describe their commitment to work directly with indigenous communities and to help to these communities by selling their goods to consumers in the Global North.

By the early 2000s, the ATOs were united under a single organizing body and they created a Fair Trade certification system with a clearly defined set of standards.

As modern consumers, we are simply not all able to visit all the farms that grow the food we eat. Even the most conscientious shoppers cannot personally inspect the living and working conditions in the factories that process their coffee and chocolate.

Just as with any food labeling system (organic, non-GMO, gluten free, kosher, etc.), the fundamental idea behind Fair Trade certification is that consumers can look for a familiar label and trust that those products meet a set of standards that match their own values.

Due to unfortunate divisions within the Fair Trade movement, there are now several different Fair Trade labels in use. Each label represents a different set of standards, and they are not all created equal.

Conscientious consumers can use this guide to explore each label and determine which one best represents their personal values.

Boston Organics works closely with local ATO, Equal Exchange, one of the original founders of the Fair Trade ideology. After the schism, Equal Exchange began using the “Fair for Life” label which has clearly defined standards that are vetted by the Institute for Marketecology (IMO), a third party certification system with an outstanding reputation.

Equal Exchange is also beginning to use the newly developed SPP label, which emphasizes protecting the rights of small-scale producers. 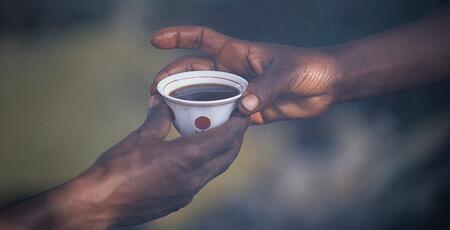 The Fair World Project and Small Farmers Big Change are two great resources with lots of excellent information. You can also read the Equal Exchange Blog for updates, and their History of Authentic Fair Trade Comic Book is a fun way to learn more.

Put your money where your mouth is and vote with your dollar. Look for Fair Trade products at local coffee shops and farmers’ markets. Boston Organics carries a lot of Fair Trade Certified products in our add-on section and in honor of Fair Trade Month, all of our products from Equal Exchange are on sale!