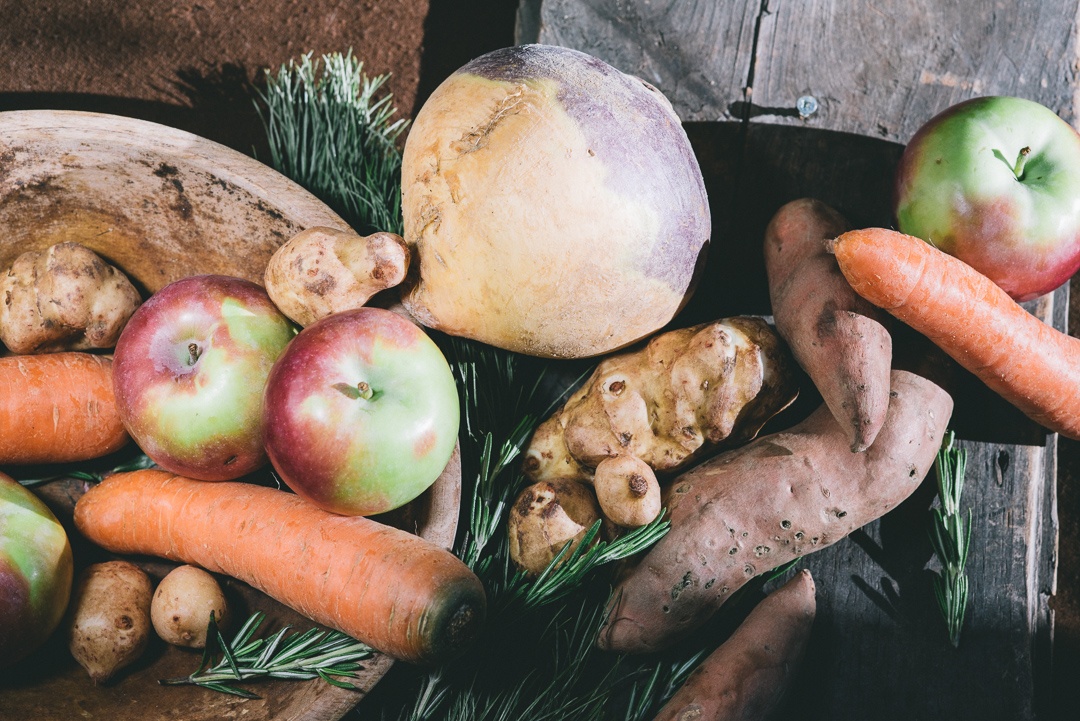 After the festivities of the holiday season, its hard to imagine that there might be more to look forward to. Thanks to Boston Organics' farm partners, the Boston Organics community is able to taste and relish the shifting seasons. This week, our growers deliver the both the strange and the beautiful in the form of sunchokes and Chioggia beets.

For the first time this winter, some of this week’s boxes will feature sunchokes. What the heck is a sunchoke, you ask? First of all, they go by many names: Jerusalem artichokes, ground apples and sunroots, to name a few. Whatever you choose to call them, sunchokes are the tubers of a North American native sunflower, helianthus tuberosus.

Sunchokes are full of contradictions. Though not at all related to artichokes you may be familiar with, sunchokes do have a similar flavor to those spiny florets. Sunchokes may be prepared in similar ways to potatoes (such as this recipe for Sunchoke Chips), but they are not starchy; rather, they store energy in the form of inulin, which the body converts into fructose (rather than glucose). Inulin is a carbohydrate that is thought to aid in calcium absorption, as well as promote the growth of healthy intestinal bacteria.

Pickled sunchokes and sunchoke relish are commonly found on supper tables in the southern united States, where they are considered something of a delicacy. Try your hand at a specialty from below the Mason-Dixon line with this recipe for Southern-Style Sunchoke Pickles.

Winter Moon Roots will also deliver Chioggia beets this week. Also known as candy stripe beets, Chioggias are characterized by concentric circles of pink and white flesh, and an earthy flavor that is slightly sweeter than their monochromatic counterparts. Roast slices of these cheerful roots to show off the beautiful stripes, or serve them up in this recipe for Roasted Beet Salad with Barley, Feta and Red Onion.