How Eggplant Got Its Name

Blueberries are blue, sweet potatoes are sweet (though not actually potatoes), but eggplants miserably fail to live up to the expectations that their name creates. Though you can make a delicious eggplant omelet, you will still require a hen's contribution.

This leads us to ask: how did the eggplant get its name? 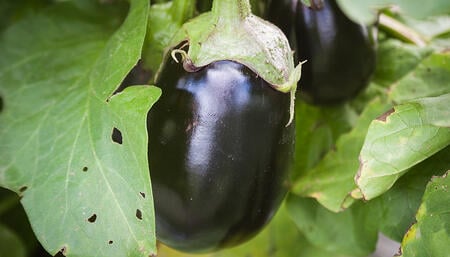 The answer, according to horticulturalists from Purdue University, becomes abundantly clear once you realize that there are, in fact, dozens of different kinds of eggplants out there.

Eggplants are indigenous to India and parts of southeast Asia where they have been grown for thousands of years. They migrated along trade routes through Persia and north Africa into Medieval Spain and Italy, but its use was mostly limited to herbal remedies due to its tendency to cause indigestion when not cooked thoroughly.

But eggplants gained widespread popularity in the English speaking world during the British occupation of India. At the time, the most popular variety of eggplant in India produced white egg-shaped fruits. 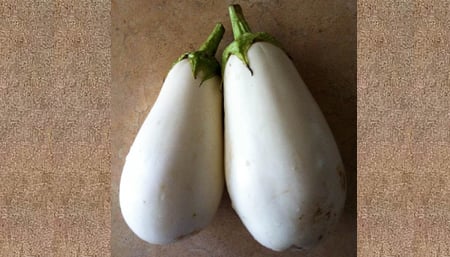 This leads to another interesting fact about eggplants. Though they’re commonly cooked and eaten like a vegetable, botanically speaking, eggplants are fruits. This is similarly the case with tomatoes and peppers, which are related to the eggplant as members of the nightshade family. 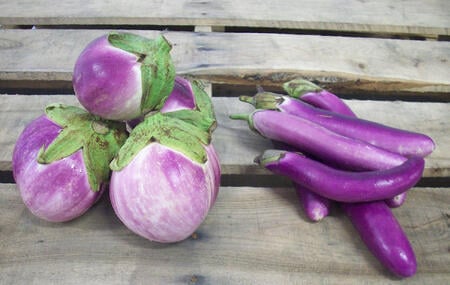 Recently, a few of our local farmers have been growing Asian eggplant varieties with long skinny bodies. These tend to be easier to cook with because of their lower seed count and thinner skin (you usually don’t have to peel it). The flesh also more readily soaks up sauces and flavors.

Eggplants are extremely versatile and can be used in stir-fries, baked into a vegetarian lasagna, or mashed into a smoky babaganoush. The possibilities are limited only by your imagination. Here are a few ideas to get you started: 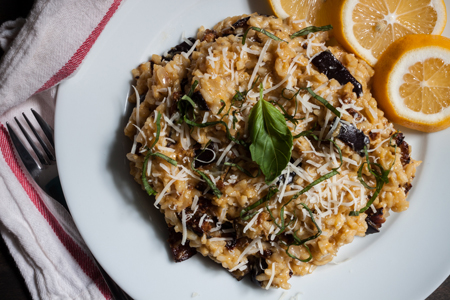