Imagine the sweetest pear you’ve ever eaten. Now imagine that every pear you pick up is just as sweet or even better. That’s what it would be like if you only ate Abate Fetels. 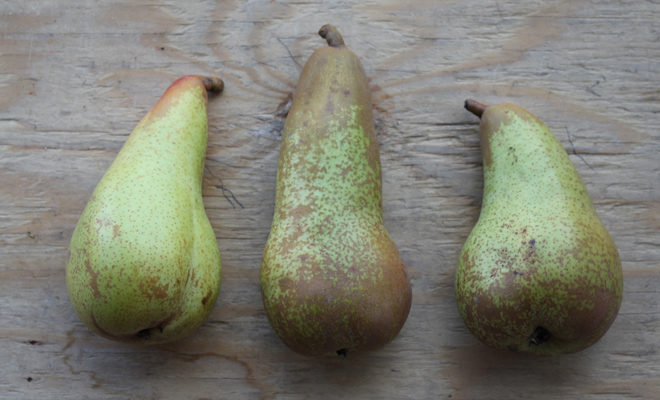 Abate Fetels are typically long and skinny, looking almost like a cross between a pear and a banana, but their skin is greenish-yellow with a tint of red and the occasional brown speckle. Their naturally high fructose content makes them incredibly tasty, but the Abate Fetel’s sweetness is balanced by a complex floral palate that keeps it from becoming overly saccharine. 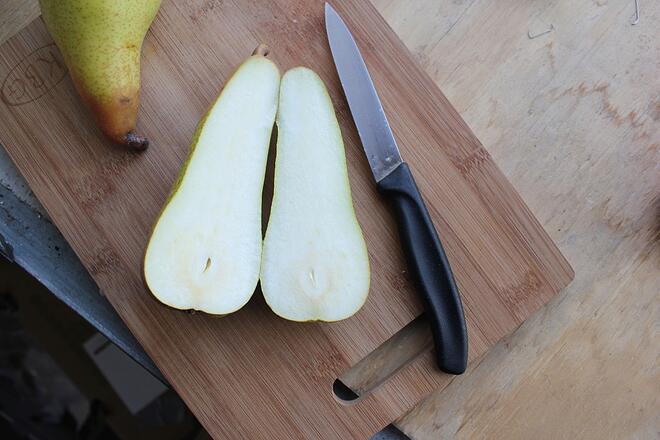 This unique variety was named in 19th century after the Italian monk who first cultivated it. While the Abate Fetel has been the favorite pear of the Emilia-Romagna region of northern Italy for decades, it wasn’t available to the American public until just a couple of years ago.

In 2013, Mario Batali’s high-end Italian market, Eatly, started importing Abate Fetel pears and news of this sensational fruit quickly spread. The supply in the United States remains very limited, but Boston Organics is super excited to have uncovered a few Argentinean Abate Fetel pears that are certified organic, and we’re eager to share them with the rest of the Boston Organics Community! 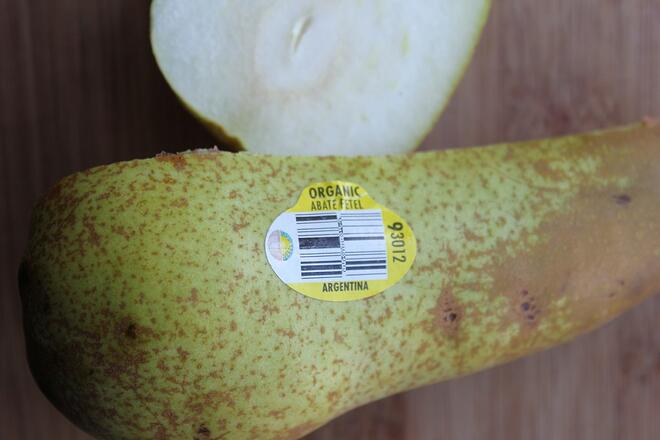 Unlike Bartlett or D’Anjou pears, whose peak ripeness is tricky to determine, Abate Fetel pears should be eaten when they’re just barely soft to the touch. Ripening can be sped up by storing a few in a paper bag. The seed bed is also relatively soft, which means you can eat almost the entire core.

Allegedly, Abate Fetel pears are an excellent baking pear, going well in tarts, cakes and stuffing. But we haven’t gotten to try it yet because they’re just so darn good to eat straight out of your hand!

Want to know the trick to picking the perfect pear? Click here to keep reading.