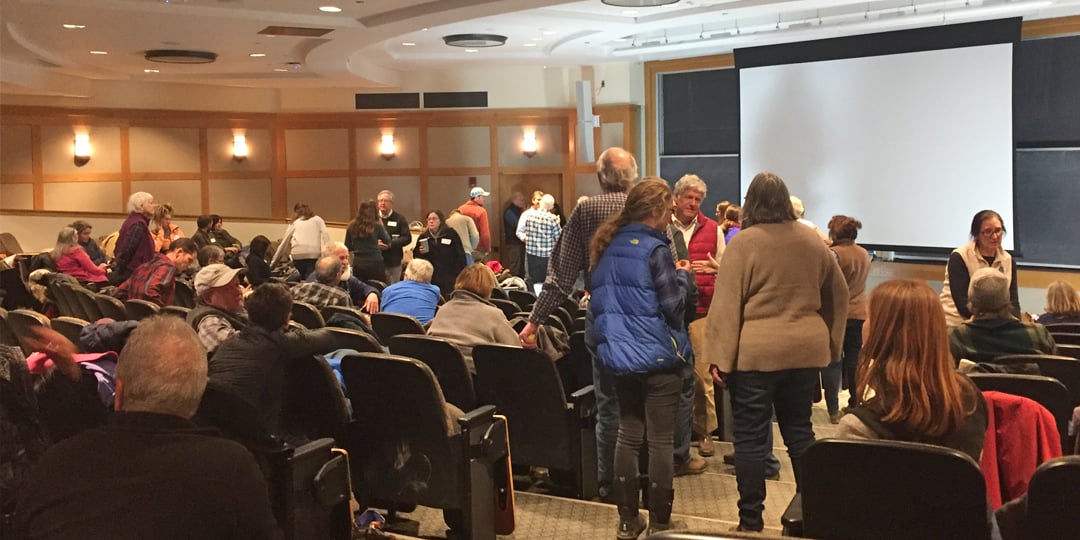 Pedal to the (Bronze) Medal 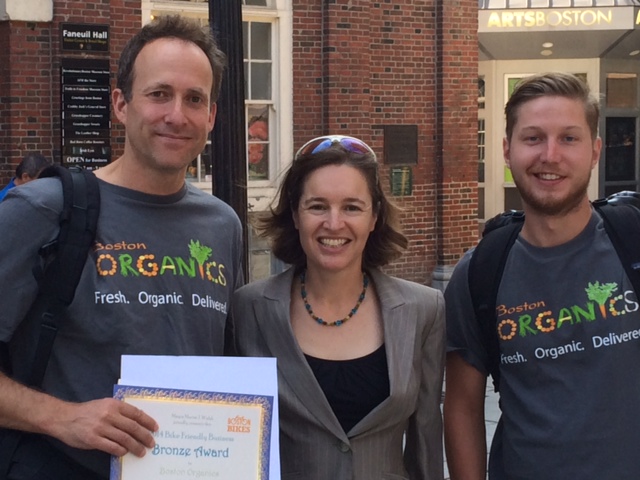 Promoting a healthy lifestyle in a mindful and sustainable way is a major part of Boston Organics’ mission as a company. We do that primarily by making it easy for regular people to eat fresh, nutritious food every day, but we also encourage all members of the Boston Organics community to build and sustain positive, healthy habits. 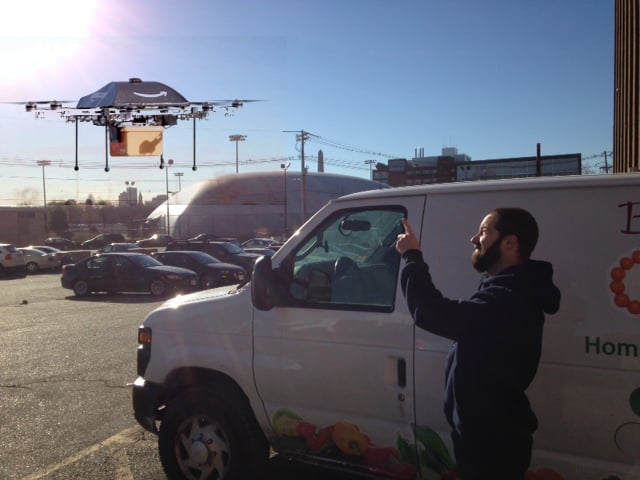 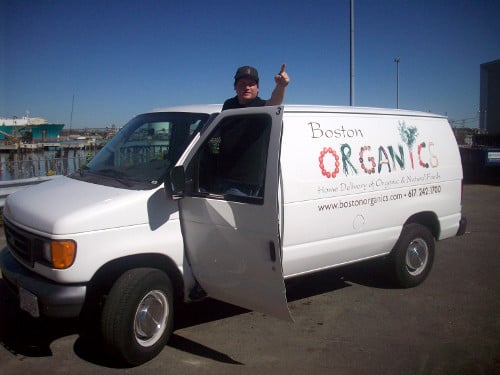 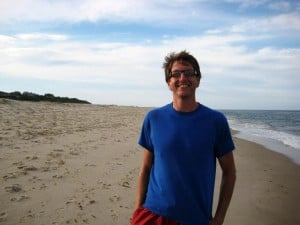 Andy is one of our Delivery Drivers (or “Produce Ninjas,” as we like to call them) and he’s been doing his job to the fullest for almost 4 years!

Andy started at Boston Organics while we were in the midst of growth, and he has filled in wherever needed. Though he's currently a driver, he has also worn many hats during his time here at Boston Organics, helping with customer service, computer networking, supervising, and delivery routing. He is a true small business stud! Currently, he is one of our most veteran drivers and enjoys the freedom of the road.

We think Andy has a pretty cool story, so we got a chance to catch up with this gentle Produce Ninja to get the scoop.

"I grew up on a farm in Ohio, but I lived and went to school in Kentucky, so I feel more connected to Kentucky. The farm I grew up on was a stereotypical Midwest farm - we raised cattle and grew wheat, corn and hay."

How did you get started at Boston Organics?

"When I came to Boston I was eagerly looking for work. I applied to over 200 places in the Boston area, including Boston Organics. Boston Organics always stood out because I didn’t have any moral issue with the company. They were trying to do something good, you know, feeding people in a sustainable way. Most of the other companies seemed to just be about money. I think Boston Organics is doing something good in the world."

Where do your interest in organic food and the food system come from?

"My interest in organic food was inspired by a professor I had at Morehead State University in Kentucky. He was really into sustainable living and owned a small homestead farm. He took some of us on a tour and showed us these elaborate circular gardens he made. He was really into companion planting, where one plant attracts bugs that eat the bad bugs that attack the other plant. He showed us that everything in his garden had a purpose. It was cool to see all of the vegetables and flowers growing that he had planted by hand and had grown naturally."

"This is a weird story. At one point my professor had an idea to start a free school for this kind of natural agriculture and asked me and my friends to help him build it in the woods. It seemed a bit crazy, but we liked him so we helped anyway. It was pretty cool because he showed us how to build a structure without any electric tools, though I don’t think his school ever turned into anything."

"My favorite thing about working here is the change of lifestyle that I was introduced to. When I started working at Boston Organics, I was 290 lbs. I used to eat about 10 times the amount of meat that I do now, including chicken nuggets and other frozen foods, because I didn’t really know how to cook for myself."

"Boston Organics allows us to take home some of the fresh produce that is left over from the week before they donate it. I’m not one to pass up free food so I started to take a box for myself. All of the fresh produce I was getting forced me to learn how to cook. I started making stir-fry’s with quinoa and organic produce all the time and began to lose weight."

"In addition to cooking, my job is very active. I run almost all of my deliveries and keep my heart rate up. This change in lifestyle enabled me to lose 100 lbs!"

"I’d say I eat more now than I did when I was overweight. At one point in my life I was 325 lbs and eating really bad food. Now I am way leaner and put away the veggies!"

Any advice about switching to healthy habits?

"In losing all of this weight, I also learned that you have to commit to a lifestyle change. You can't just eat one or two good meals; you need to make a permanent change. I’m lucky because with the fresh produce each week, I didn’t have to go back to my old habits. You know it’s not just the calories that you have to watch; it also has to do with eating food that are high in fiber. If there’s anything I can say about diet change, it's that quinoa and veggies are a must! At least for me they were."

Andy is a man of many talents.

Congratulations to Andy for his upcoming 4 year anniversary at Boston Organics! Andy's positive attitude and helpfulness make him a great member of our team.

Be sure to say hello if you see Andy running your produce delivery to your door! 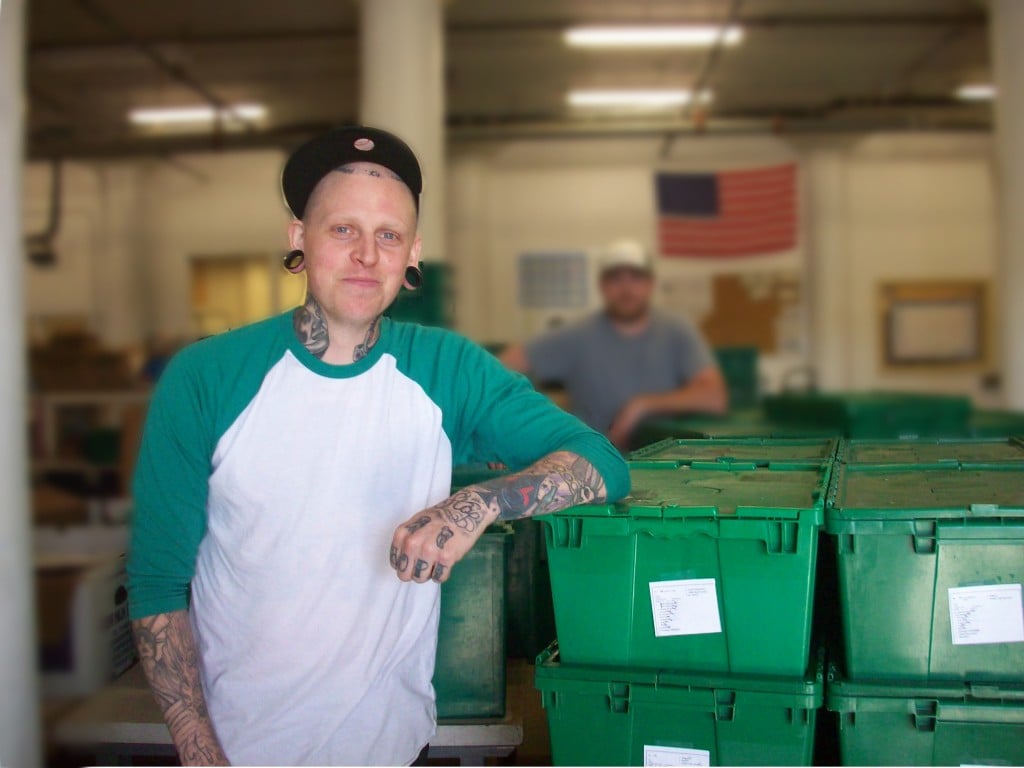 Cargo Bike Profile - An Interview With Andy B. 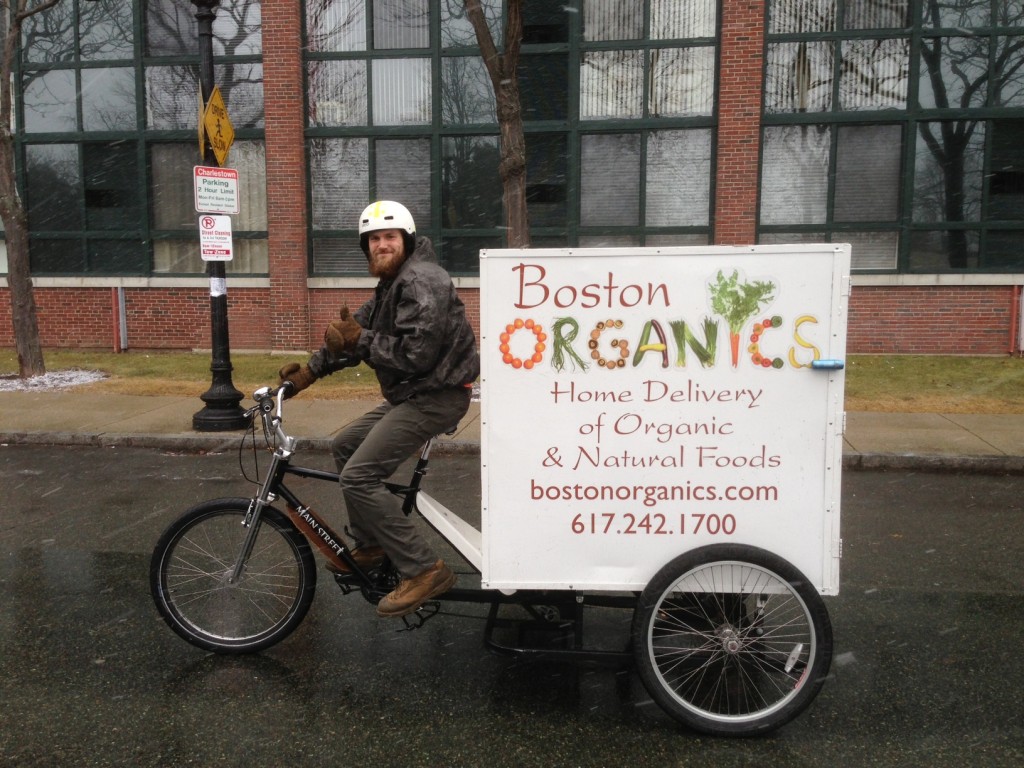 We're happy to introduce one of the newest members of the Boston Organics team, Andy Bernard. Andy is our cargo bike rider, a position that comes with inherent challenges such as break downs, rough New England weather, and physical exertion, all of which Andy has met head-on for the sake of vegetables! This picture was taken in the Charlestown Ship Yard the morning before Storm Nemo hit Boston with 30 inches of snow. Needless to say, Andy isn't afraid to get dirty!

"I grew up in New Durham, NH, but moved to Conway, NH, to work on a farm before heading to Boston. I now live in Dorchester."

Where do your interests in food and bicycling stem from?

"My interest in food came from working with my mother in our family garden and from looking up to my grandfather who was a blueberry farmer. Those experiences led me to do some farming on the Earle Family Farm in Conway, NH before coming to Boston. On the farm I helped raise livestock, managed forests for maple syrup season, maintained fruit orchards, and helped build water retention tools, among other things.”

“My interest in bicycling comes from my childhood; rambling around on my bike gave me a sense of freedom from living in the sticks. I also find the philosophy behind bicycles and energy efficiency rewarding. The ability to power it with your own energy and not use up any fuel or electricity is great.”

Tell us about your first week working at Boston Organics!

“I started with Boston Organics during that cold snap that kept the temperature below 20 degrees in Boston. On my first day riding the bike, it was around 10 degrees outside, without factoring in the wind chill. I figured after that it couldn’t get much worse.”

(In weather like that, most people would have put on the brakes. We think Andy might be a polar bear.)

When and where can customers see you riding around on the cargo bike?

“Tuesdays I am in downtown Boston and around the Financial District, Wednesday is the North End and Beacon Hill area, and Friday I am in Charlestown.”

What’s the coolest thing that’s happened to you on the road so far?

“The first week that I was on my own (not training with someone) I got to a steep hill in Charlestown. The cargo bike was about half empty and I was feeling pretty cocky so I tried gunning it up the hill. When I got close to the top I was in the granny gear with my legs going 2000 miles an hour (an exaggeration), but the bike wasn’t going anywhere. I was feeling burnt out but then all of a sudden the weight of the cargo got lighter and I made it up to the top on my last push."

"I turned around in amazement at my feat, only to see a guy pop out behind the bike and run back down the hill! I guess he felt bad and pushed me up those last couple of feet when I needed it the most.”

“It’s got a good community. Everyone is easy to talk to and get along with. They make an effort for employees, allowing us to take fresh produce home on Fridays. I am also really into the closed cycle - recycling, composting, and donating damaged produce. It’s good to see.”

We are thrilled to have Andy join our team as our fearless cargo bike delivery driver! If you see him around Boston or Charlestown peddling produce, be sure to say hello (or give him a push up a hill). 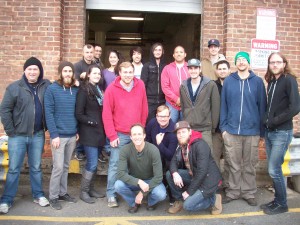 Thanksgiving is a food-lover's holiday. Here at Boston Organics, we love to cook, eat, and share recipes with one another, and we wanted to share a few of our favorite Thanksgiving dishes with you.